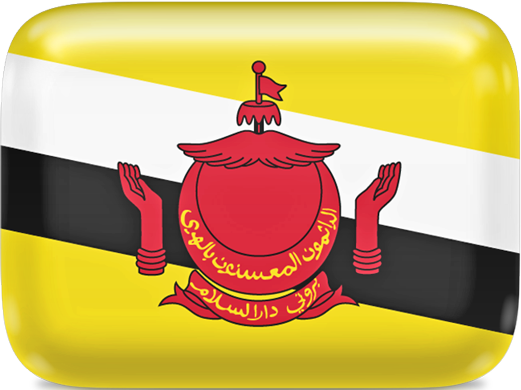 Brunei, officially the Nation of Brunei, the Abode of Peace, is a country located on the north coast of the island of Borneo in Southeast Asia. Apart from its coastline with the South China Sea, the country is completely surrounded by the insular Malaysian state of Sarawak. Brunei is the only sovereign state completely on the island of Borneo; the remainder of the island's territory is divided between the nations of Malaysia and Indonesia. Brunei gained its independence from the United Kingdom on 1 January 1984. It has developed wealth from extensive petroleum and natural gas fields. The government is an absolute monarchy under the Sultan which implements sharia law and directs Islamic practices.