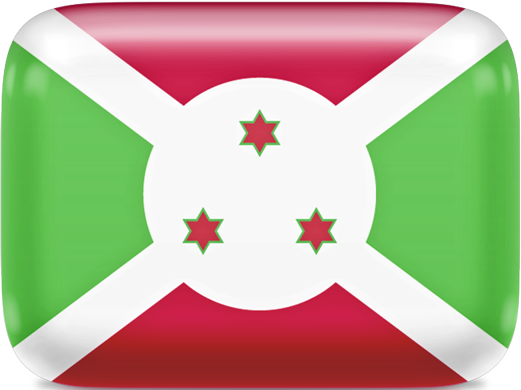 Burundi, officially the Republic of Burundi, is a landlocked country in the Great Rift Valley where the African Great Lakes region and East Africa converge. It is bordered by Rwanda to the north, Tanzania to the east and southeast, and the Democratic Republic of the Congo to the west; Lake Tanganyika lies along its southwestern border. The capital cities are Gitega and Bujumbura. The Twa, Hutu and Tutsi peoples have lived in Burundi for at least 500 years. Burundi gained independence in 1962. Bouts of ethnic cleansing and ultimately two civil wars and genocides during the 1970s and again in the 1990s left the economy undeveloped and the population as one of the world's poorest. The sovereign state of Burundi's political system is that of a presidential representative democratic republic based upon a multi-party state. The President of Burundi is the head of state and head of government. Burundi remains primarily a rural society. The official languages of Burundi are Kirundi, French and English, Kirundi being recognised officially as the sole national language. One of the smallest countries in Africa, Burundi's land is used mostly for subsistence agricultural and grazing, which has led to deforestation, soil erosion and habitat loss. The World Happiness Report 2018 ranked Burundi as the world's least happy nation.