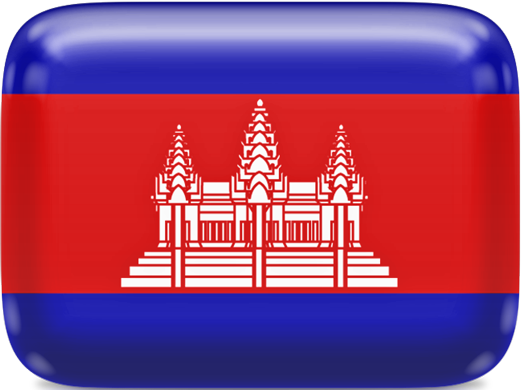 Cambodia, officially the Kingdom of Cambodia, is a country located in the southern portion of the Indochina peninsula in Southeast Asia. It is bordered by Thailand to the northwest, Laos to the northeast, Vietnam to the east and the Gulf of Thailand to the southwest. The official religion is Theravada Buddhism, practised by approximately 95 percent of the population. Cambodia's minority groups include Vietnamese, Chinese, Chams and 30 hill tribes. The capital and largest city is Phnom Penh, the political, economic and cultural centre of Cambodia. The kingdom is an elective constitutional monarchy with a monarch, chosen by the Royal Council of the Throne as head of state. The head of government is the Prime Minister. According to several foreign organisations, the country has widespread poverty, pervasive corruption, lack of political freedoms, low human development and a high rate of hunger. Constitutionally a multi-party liberal democracy, the country is effectively governed under one-party rule. Cambodia has one of the fastest growing economies in Asia.