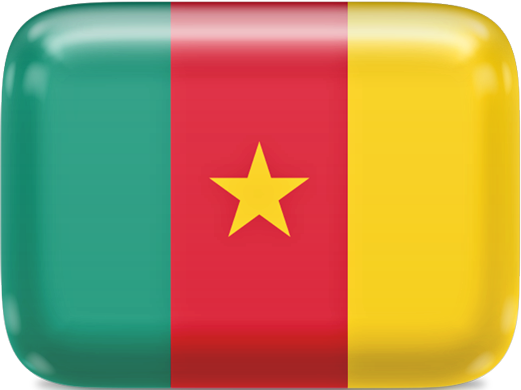 Cameroon, officially the Republic of Cameroon, is a country in Central Africa. It is bordered by Nigeria to the west and north; Chad to the northeast; the Central African Republic to the east; and Equatorial Guinea, Gabon and the Republic of the Congo to the south. Cameroon's coastline lies on the Bight of Biafra, part of the Gulf of Guinea and the Atlantic Ocean. The country is sometimes identified as West African and other times as Central African due to its strategic position at the crossroads between West and Central Africa. Cameroon is home to over 250 native languages spoken by nearly 20 million people. Large numbers of Cameroonians live as subsistence farmers. The official languages of Cameroon are French and English, the official languages of former colonial French Cameroons and British Cameroons respectively. It is governed as a Unitary presidential republic. The country has experienced tensions coming from the English-speaking territories. The largest cities are Douala on the Wouri River, its economic capital and main seaport, Yaoundé, its political capital, and Garoua.