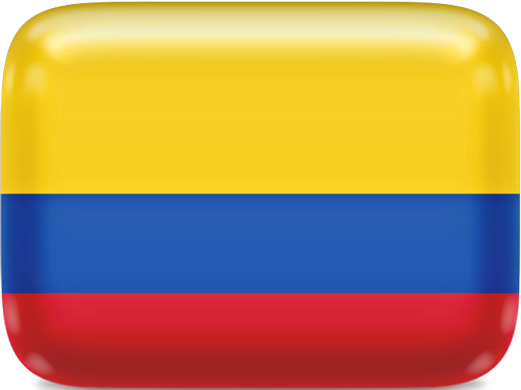 Colombia, officially the Republic of Colombia, is a country largely in the north of South America, with territories in North America. Colombia is bounded on the north by the Caribbean Sea, the northwest by Panama, the south by Ecuador and Peru, the east by Venezuela, the southeast by Brazil, and the west by the Pacific. It comprises 32 departments and the Capital District of Bogotá, the country's largest city. Colombia is the fourth-largest country in South America. It is the world's third-most populous Spanish-speaking country. Its population is ethnically and linguistically diverse, with its rich multicultural heritage reflecting influences by several Amerindian civilizations, Spanish settlement, forced African labor, and immigration from Europe and the greater Middle East. Urban centres are concentrated in the Andean highlands and the Caribbean coast. Since 2005, there has been significant improvement in security, stability, and rule of law, as well as unprecedented economic growth and development. Colombia has the second-highest level of biodiversity in the world. Its territory encompasses Amazon rainforest, highlands, grasslands, and deserts, and it is the only country in South America with islands and coastlines along both the Atlantic and Pacific.