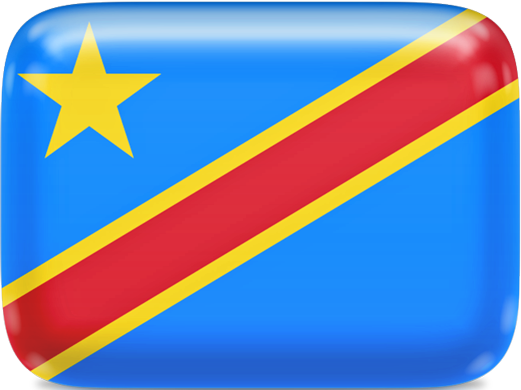 The Democratic Republic of the Congo, also known as DR Congo, the DRC, DROC, Congo-Kinshasa, or simply the Congo, is a country located in Central Africa. It was formerly called Zaire (1971–1997). It is, by area, the largest country in sub-Saharan Africa, the second-largest in all of Africa (after Algeria), and the 11th-largest in the world. With a population of over 84 million, the Democratic Republic of the Congo is the most populous officially Francophone country and the fourth-most-populous country in Africa. Two wars from 1996 to 2003 devastated the country. The Eastern DR Congo has been the scene of ongoing military conflict in Kivu, since 2015. The Democratic Republic of the Congo is extremely rich in natural resources but has suffered from political instability, a lack of infrastructure, corruption, and centuries of both commercial and colonial extraction and exploitation with little widespread development. DR Congo's largest export is raw minerals. Besides the capital Kinshasa, the two next largest cities, Lubumbashi and Mbuji-Mayi are both mining communities.