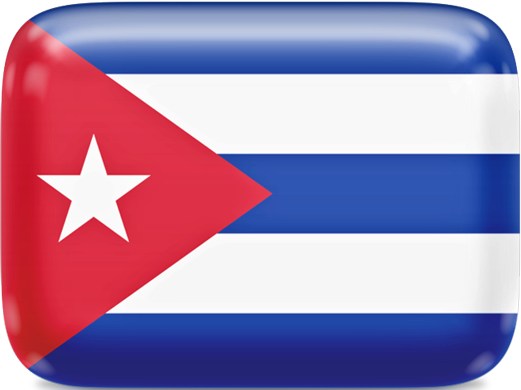 Cuba, officially the Republic of Cuba, is a country comprising the island of Cuba as well as Isla de la Juventud and several minor archipelagos. Cuba is located in the northern Caribbean where the Caribbean Sea, Gulf of Mexico and Atlantic Ocean meet. Havana is the largest city and capital; other major cities include Santiago de Cuba and Camagüey. The area of the Republic of Cuba is 110,860 square kilometers (42,800 sq mi). Cuba is one of a few extant Marxist–Leninist socialist states, where the role of the vanguard Communist Party is enshrined in the Constitution. Independent observers have accused the Cuban government of numerous human rights abuses, including short-term arbitrary imprisonment. Culturally, Cuba is considered part of Latin America. It is a multiethnic country whose people, culture and customs derive from diverse origins, including the aboriginal Taíno and Ciboney peoples, the long period of Spanish colonialism, the introduction of African slaves and a close relationship with the Soviet Union in the Cold War. The majority of the population of Cuba is 51% mulatto (mixed-race Spanish/African), 37% white, 11% black and 1% Chinese. It has currently one of the world's only planned economies, and its economy is dominated by the tourism industry and the exports of skilled labor, sugar, tobacco, and coffee. It ranks highly in some metrics of national performance, including health care and education.