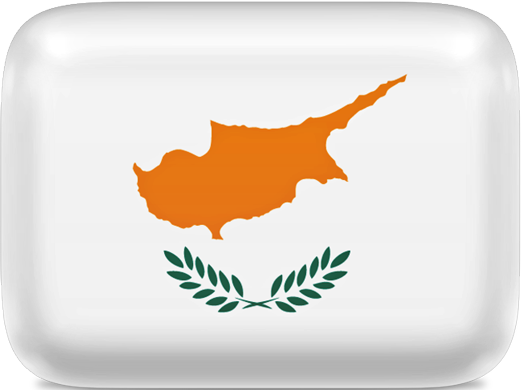 Cyprus, officially called the Republic of Cyprus, is an island country in the Eastern Mediterranean. It is the third-largest and the third-most populous island in the Mediterranean, located south of Turkey, west of Syria and Lebanon, north of Israel, the Palestinian region of the Gaza Strip and Egypt, and southeast of Greece. Cyprus was granted independence in 1960. On 15 July 1974, a coup d'état was staged by Greek Cypriot nationalists. A separate Turkish Cypriot state in the north was established by unilateral declaration in 1983. These events and the resulting political situation are matters of a continuing dispute. The Republic of Cyprus has de jure sovereignty over the entire island. However, the Republic of Cyprus is de facto partitioned into two main parts: the area under the effective control of the Republic, located in the south and west and the north, administered by the self-declared Turkish Republic of Northern Cyprus. Cyprus is a major tourist destination in the Mediterranean.