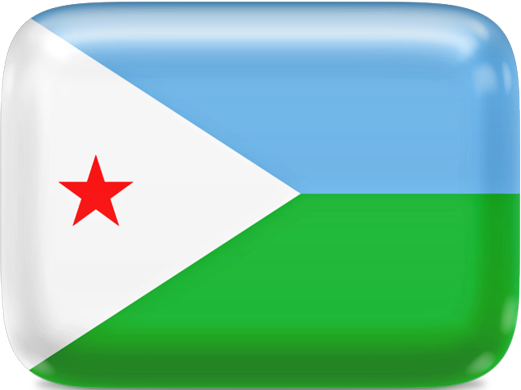 Djibouti, officially the Republic of Djibouti, is a country located in the Horn of Africa in East Africa. It is bordered by Somalia in the south, Ethiopia in the south and west, Eritrea in the north, and the Red Sea and the Gulf of Aden in the east. The country has a total area of 23,200 km2 (8,958 sq mi). The Republic of Djibouti is predominantly inhabited by two ethnic groups, the Somali and the Afar people, with the former comprising the majority of the population. Both speak the Cushitic branch of the Afroasiatic languages. In 1977, the Djiboutian people voted for independence. This officially marked the establishment of the Republic of Djibouti, named after its capital city. Djibouti is a multi-ethnic nation with a population of over 921,804 inhabitants (the smallest in mainland Africa).  French and Arabic are the country's two official languages. Djibouti is strategically located near some of the world's busiest shipping lanes, controlling access to the Red Sea and Indian Ocean.