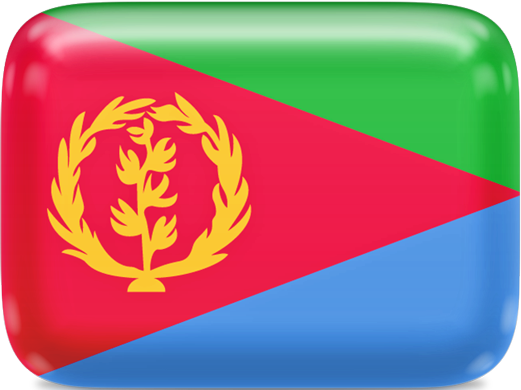 Eritrea, officially the State of Eritrea, is a country in Eastern Africa, with its capital at Asmara. It is bordered by Sudan in the west, Ethiopia in the south, and Djibouti in the southeast. The northeastern and eastern parts of Eritrea have an extensive coastline along the Red Sea. The nation has a total area of approximately 117,600 km2 (45,406 sq mi), and includes the Dahlak Archipelago and several of the Hanish Islands. Eritrea is a multi-ethnic country, with nine recognized ethnic groups in its population of around five and a half million. Eritrea has nine national languages. Tigrinya, Arabic, and English serve as the three working languages. The Tigrinyas make up about 55% of the population, with the Tigre people constituting around 30% of inhabitants. In 1991, after 30 years of continuous armed struggle for independence, the Eritrean liberation fighters entered the capital city, Asmara, in victory. The sovereign state is a totalitarian one-party dictatorship in which national legislative and presidential elections have never been held since independence. According to Human Rights Watch, the Eritrean government's human rights record is among the worst in the world.