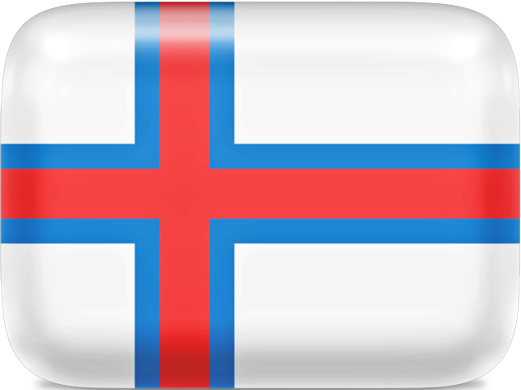 The Faroe Islands or the Faeroe Islands, is a North Atlantic archipelago located 320 kilometres (200 mi) north-northwest of Scotland, and about halfway between Norway and Iceland. It is an autonomous territory within the Kingdom of Denmark. The islands have a total area of about 1,400 square kilometres (540 sq mi) with a population of 52,110 as of January 2020. The terrain is rugged; the climate is subpolar oceanic climate - windy, wet, cloudy, and cool. The Faroe Islands have been a self-governing part of the Kingdom of Denmark since 1948, controlling most areas apart from military defence, policing, justice, currency, and foreign affairs. Because the Faroe Islands are not part of the same customs area as Denmark, the country has an independent trade policy, and can establish trade agreements with other states. In certain sports, the Faroe Islands field their own national teams.