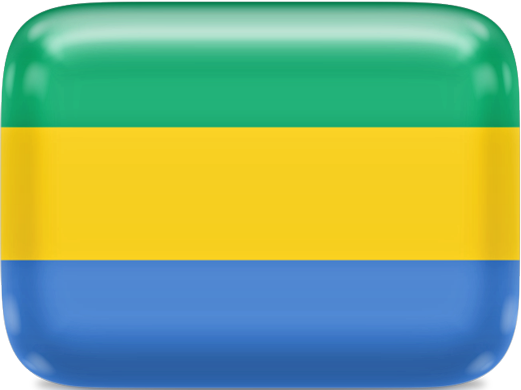 Gabon, officially the Gabonese Republic, is a country on the west coast of Central Africa. Located on the equator, Gabon is bordered by Equatorial Guinea to the northwest, Cameroon to the north, the Republic of the Congo on the east and south, and the Gulf of Guinea to the west. It has an area of nearly 270,000 square kilometres (100,000 sq mi) and its population is estimated at 2.1 million people. Its capital and largest city is Libreville. Since its independence from France in 1960, the sovereign state of Gabon has had three presidents. In the early 1990s, Gabon introduced a multi-party system and a new democratic constitution that allowed for a more transparent electoral process and reformed many governmental institutions. Abundant petroleum and foreign private investment have helped make Gabon one of the most prosperous countries in Sub-Saharan Africa. However, because of inequality in income distribution, a significant proportion of the population remains poor.