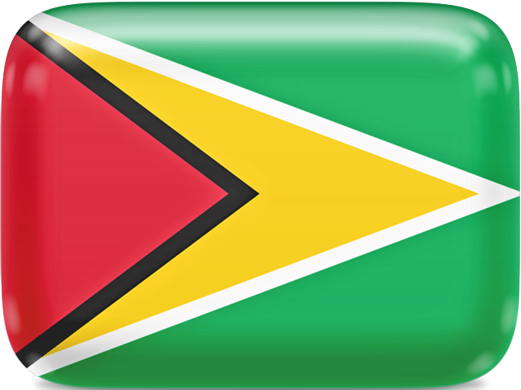 Guyana, officially the Co-operative Republic of Guyana, is a country on the northern mainland of South America. It is, however, often considered part of the Caribbean region because of its strong cultural, historical, and political ties with other Anglo-Caribbean countries. Guyana is bordered by the Atlantic Ocean to the north, Brazil to the south and southwest, Venezuela to the west, and Suriname to the east. With 215,000 square kilometres (83,000 sq mi), Guyana is the third-smallest sovereign state on mainland South America.  It gained independence in 1966, and officially became a republic within the Commonwealth of Nations in 1970. The legacy of British rule is reflected in the country's political administration and diverse population, which includes Indian, African, Amerindian, and multiracial groups. Guyana is the only South American nation in which English is the official language. The majority of the population, however, speak Guyanese Creole, an English-based creole language, as a first language.