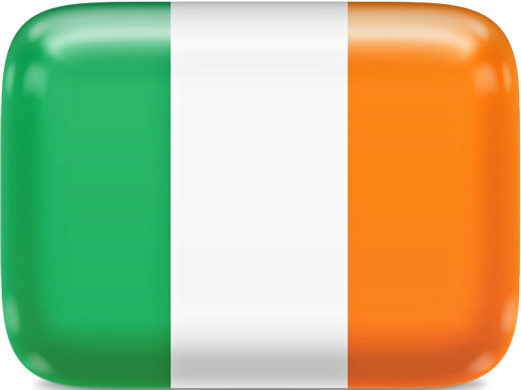 Ireland is an island in the North Atlantic. It is separated from Great Britain to its east by the North Channel, the Irish Sea, and St George's Channel. Ireland is the second-largest island of the British Isles and the third-largest in Europe. Geopolitically, Ireland is divided between the Republic of Ireland (officially named Ireland), which covers five-sixths of the island, and Northern Ireland, which is part of the United Kingdom. In 2011, the population of Ireland was about 6.6 million, ranking it the second-most populous island in Europe after Great Britain. As of 2016, 4.8 million live in the Republic of Ireland, and 1.8 million live in Northern Ireland. The geography of Ireland comprises relatively low-lying mountains surrounding a central plain, with several navigable rivers extending inland. Its lush vegetation is a product of its mild but changeable climate which is free of extremes in temperature. Irish culture has had a significant influence on other cultures, especially in the field of literature. Alongside mainstream Western culture, a strong indigenous culture exists, as expressed through Gaelic games, Irish music and the Irish language. The island's culture shares many features with that of Great Britain, including the English language, and sports.