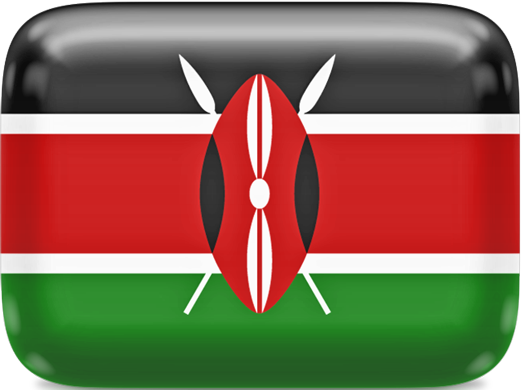 Kenya, officially the Republic of Kenya, is a country in Africa with 47 semiautonomous counties governed by elected governors. At 580,367 square kilometres (224,081 sq mi), Kenya is the world's 48th largest country by total area. With a population of more than 47.6 million people, Kenya is the 29th most populous country. Kenya's capital and largest city is Nairobi, while its oldest city and first capital is the coastal city of Mombasa. Kisumu City is the third largest city and also an inland port on Lake Victoria. Other important urban centres include Nakuru and Eldoret. Kenya is bordered by South Sudan to the northwest, Ethiopia to the north, Somalia to the east, Uganda to the west, Tanzania to the south, and the Indian Ocean to the southeast. Kenya is a presidential representative democratic republic, in which elected officials represent the people and the president is the head of state and government. Kenya's economy is the largest in eastern and central Africa, with Nairobi serving as a major regional commercial hub. Agriculture is the largest sector: tea and coffee are traditional cash crops, while fresh flowers are a fast-growing export.